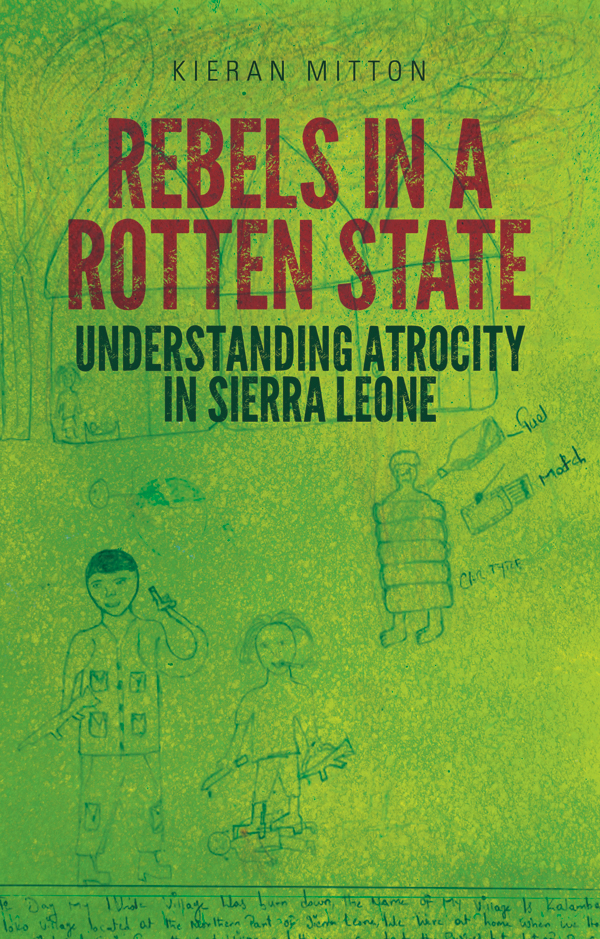 Rebels in a Rotten State

Offers a fresh analysis of the role of exemplary violence and its psychological impact.

The atrocities of civil wars present us with many difficult questions. How do seemingly ordinary individuals come to commit such extraordinary acts of cruelty, often against unarmed civilians? Can we ever truly understand such acts of ‘evil’? Based on a wealth of original interviews with perpetrators of violence in Sierra Leone’s civil war, this book provides a detailed response. Moving beyond the rigid bounds of political science, the author engages with sociology, psychology and social psychology, to provide a comprehensive picture of the complex individual motives behind seemingly senseless violence in Sierra Leone’s war. Highlighting the inadequacy of current explanations that centre on the anarchic nature of brutality, or conversely, its calculated rationality, his book sheds light on the critical but hitherto neglected role played by the emotions of shame and disgust. Drawing on first-hand accounts of strategies employed by Sierra Leone’s rebel commanders, it documents the manner in which rebel recruits were systematically brutalised and came to perform horrifying acts of cruelty as routine. In so doing, it offers fresh insight into the causes of extreme violence that holds relevance beyond Sierra Leone to the atrocities of contemporary civil wars.

Kieran Mitton is a lecturer in International Relations in the Department of War Studies, King’s College London. He has conducted extensive fieldwork on civil war atrocities in Sierra Leone and has published various articles on the reintegration of ex-combatants and electoral violence.

The Problem of Irrational Violence

Challenges in the Study of Civil War Violence

From Powerlessness to Pride

Eliminating the Threat of Shame

Strengths and Limitations of the Shame Argument

Rebels in a Rotten State: Division and Disgust in Sierra Leone

Strengths and Limitations of the Disgust Argument

The Evolution of Systematic Brutalisation

The System of Brutalisation

The Irrational Violence of the Brutalised

From Anarchy to Order

‘Kieran Mitton goes beyond analysis of violence as “breakdown” or “strategy” to provide a compelling, fascinating and very insightful account of the psychological functions of violence in Sierra Leone’s vicious civil war.’ — David Keen, Professor of Complex Emergencies, London School of Economics

‘No author to date has been able to supply a convincing explanation of the reasons for the RUF’s extraordinary brutality, but in this lucid, well organised and well expressed book Kieran Mitton does just that. A significant and original contribution.’ — Stephen Ellis, Desmond Tutu Professor, Free University, Amsterdam and author of External Mission: The ANC in Exile, 1960-1990

‘Kieran Mitton’s readable book seeks to explain atrocity in the Sierra Leone civil war, rather than the causal factors of the war which occupy much of the literature, and presents a new and very plausible thesis to comprehend the incomprehensible. Mitton challenges assumptions of rationality or irrationality within explanations of the worst sorts of violence and offers thought-provoking analysis of why people who are not inherently violent become brutalised and brutal.’ — David Harris, Lecturer in African Studies, University of Bradford, author of Sierra Leone: A Political History

‘Rebels in a Rotten State is an important and interesting addition to the remarkably vast, and growing, literature on the war in Sierra Leone. It is distinguished by its careful and learned attention to the causes and nature of the atrocities of the war, rather than to the war itself. The author is consistently informative and fair – even where he disagrees with the interpretation of others, including mine, he does so with reason, diffidence and charm.’ — Lansana Gberie, author of A Dirty War in West Africa: The RUF and the Destruction of Sierra Leone

‘This outstanding study, so impressively and carefully researched, makes important contributions in number of areas: to our understanding of the war in Sierra Leone, to the political economy of civil wars more generally, to the challenges of  “reconciliation” after horrendous periods of blood-letting and, above all, to the dynamic and complex sources of atrocious violence in conditions of civil war. What makes the book stand out is, not least, the even-handedness, respect and sophistication with which the author critically assesses the many attempts that have been made to explain what many find inexplicable. As such, it is also a deeply humane treatment of the human capacity for extreme violence and evil.’ — Mats Berdal, Professor of Security and Development, Department of War Studies, King’s College London