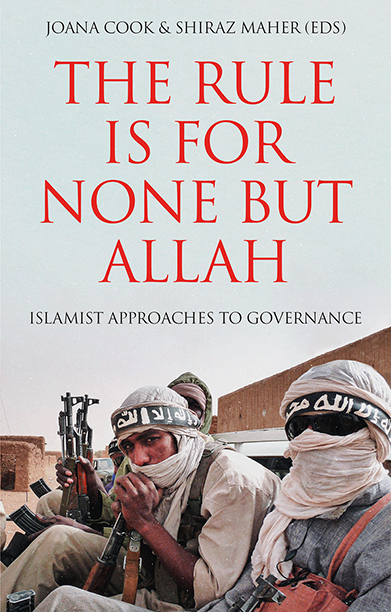 The Rule is for None but Allah

A wide-ranging examination of Islamist rule across the world, from constitutional movements like Tunisia’s Ennahda to the violent rejectionism of IS.

The last four decades have been shaped by the rise of Islamist politics across significant swathes of the globe. Whether by gun or by ballot box, various Islamist movements–from as far and wide as the Malian desert and Indonesia’s archipelagos–have sought to obtain power and govern territories, in a bid to revive an Islamic ancien regime. With the regional privations produced by the ‘War on Terror’ and the political unrest following 2011’s Arab uprisings, the global march of Islamism has only accelerated in the twenty-first century.

Building on an established literature on rebel governance, The Rule is for None but Allah examines fifteen cases from around the world to consider the different ways Islamists have approached and implemented governance; the challenges they have faced; and how they have responded to obstacles. It brings new detail and insights on a wide range of themes, including legitimacy, constitutionality and social-welfare activism.

From the rise and fall of Egypt’s Muslim Brotherhood, to Islamic State’s attempts to create its own currency, to the dramatic return of the Taliban in Afghanistan, this edited volume from two leading scholars of contemporary terrorism assembles an enviable array of international experts to explore these pressing issues.

‘The Rule is for None but Allah focusses on one of the most relevant issues in terrorism and Middle Eastern studies: governance. The contributors are a refreshingly interesting and heterogenous mix. I cannot think of another book that covers so much ground.’ — Lorenzo Vidino, Director of the Program on Extremism, George Washington University, and author of The New Muslim Brotherhood in the West

‘One of the most comprehensive and informative studies of Islamist governance to date, with fifteen rich case studies from around the world. The diverse authors persuasively demonstrate the importance of social welfare and justice for the legitimacy of state and non-state actors.’ — Mara Revkin, Associate Professor of Law, Duke University

‘Containing numerous compelling and fascinating case studies, this is an important contribution to the study of Islamist governance. Engaging, ambitious and well written.’ — Raphaël Lefèvre, Senior Research Fellow in the Department of Politics and International Relations, University of Oxford, and author of Jihad in the City

‘A fresh take on Islamist perspectives, this volume brings together case studies ranging from the Taliban to the Muslim Brotherhood. By looking at how groups emerge and pursue constitutional means, it provides innovative knowledge on Islamists’ evolving strategic aims.’ — Gillian Kennedy, Lecturer in the Department of Politics and International Relations, University of Southampton, and author of From Independence to Revolution: Egypt’s Islamists and the Contest for Power

Joana Cook is Associate Professor of Terrorism and Political Violence at Leiden University, and Senior Project Manager at the International Centre for Counter-Terrorism.

Shiraz Maher is Director of the International Centre for the Study of Radicalisation and Senior Lecturer in the Department of War Studies, King’s College London.