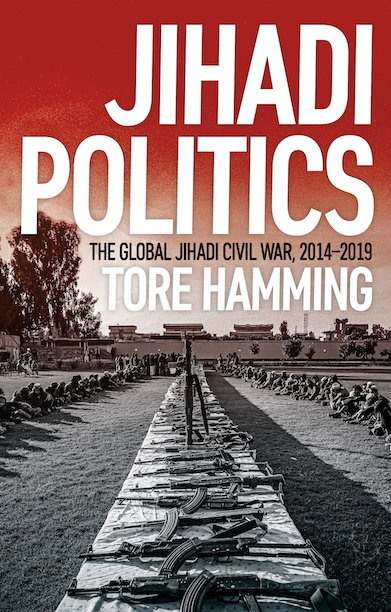 A meticulous reconstruction of the bloody fratricide within militant Islamism that set al-Qaida against its would-be usurper, Islamic State—with consequences that still reverberate today.

In February 2014, al-Qaida issued a statement that shocked the entire Jihadi movement. For the first time in its history, the group declared that a local affiliate, the Islamic State in Iraq, was no longer part of al-Qaida. The renegade Iraqi group, led by Abu Bakr al-Baghdadi, had expanded its operations to Syria, taking over the regional branch Jabhat al-Nusra; but in the process, the group had defied orders from al-Qaida’s amir, Ayman al-Zawahiri. Islamic State’s actions, and increasingly aggressive posture towards fellow Jihadis, eventually ignited a Jihadi civil war–a period defined by internal tensions that ultimately turned global. With devastating impact, this fitna left the Jihadi movement more polarised and fragmented than ever, seriously threatening its internal cohesion.

Jihadi Politics presents the first exhaustive account of infighting within the global Jihadi movement. Based on years of digital anthropology, hundreds of primary documents, and interviews with Jihadis, it offers an unprecedented glimpse into historic and current conflicts between and within Jihadi groups. This thorough examination of the years 2014-2019 offers a more nuanced understanding of the current state of Jihadism, with important insights into its future evolution–including Islamic State’s role in Afghanistan.

‘Books on ISIS that have emerged over the last few years make note of the fitna, but none explore it in this much depth. An empirically rich account from a world-leading expert that will undoubtedly take its place as a key reference for anyone seeking to make sense of al-Qaida and its legacies.’ — Michael A.K.G. Innes, author of Streets Without Joy

‘The most detailed historiography to date of the Jihadi movement. The history and the detail are magisterial–every other page makes the reader put down the book and think about some insight or another. I can see this becoming the standard text.’ — Mike Martin, author of An Intimate War and Why We Fight

‘A meticulously sourced telling of how, and why, the global jihadist movement got to where it is today. Essential reading for anyone interested in terrorism and insurgency.’ — Charlie Winter, author of The Terrorist Image

Tore Hamming PhD is Director of Refslund Analytics, and a non-resident fellow at the International Centre for the Study of Radicalisation, King's College London. He has conducted fieldwork in Jordan, Iraq, Egypt, Morocco, Nigeria and Somalia, and written for Le Monde, Al Jazeera and The Guardian, among others.