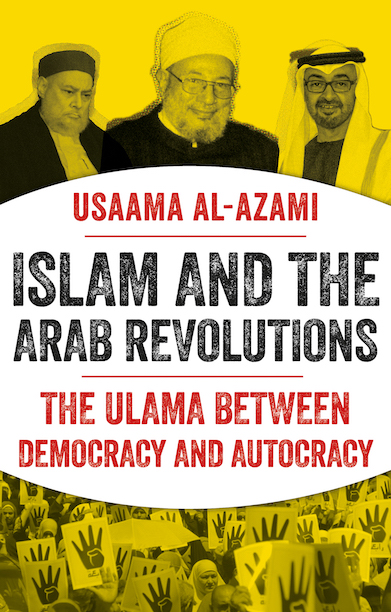 Islam and the Arab Revolutions

The Ulama Between Democracy and Autocracy

An original examination of the role of religious scholars in either supporting the Arab revolutions or advocating their repression.

The Arab revolutions of 2011 were a transformative moment in the modern history of the Middle East, as people rose up against long-standing autocrats throughout the region to call for ‘bread, freedom and dignity’. With the passage of time, results have been decidedly mixed, with initial success stories like Tunisia contrasting with the emergence of even more repressive dictatorships in places like Egypt, with the backing of several Gulf states.

Focusing primarily on Egypt, this book considers a relatively understudied dimension of these revolutions: the role of prominent religious scholars. While pro-revolutionary ulama have justified activism against authoritarian regimes, counter-revolutionary scholars have provided religious backing for repression, and in some cases the mass murder of unarmed protestors.

Usaama al-Azami traces the public engagements and religious pronouncements of several prominent ulama in the region, including Yusuf al-Qaradawi, Ali Gomaa and Abdallah bin Bayyah, to explore their role in either championing the Arab revolutions or supporting their repression. He concludes that while a minority of noted scholars have enthusiastically endorsed the counter-revolutions, their approach is attributable less to premodern theology and more to their distinctly modern commitment to the authoritarian state.

‘[An] important study, the first comprehensive account of its kind.’ — Asian Affairs

‘Ten years after the Arab Spring, little attention has been given to the important role of religious scholars. Al-Azami’s excellent book provides an extensive analysis of a myriad of discourses and political alliances. A must-read for researchers of modern Islam and Middle East studies.’ — Heba Raouf Ezzat, Assistant Professor of Political Science, Ibn Haldun University

‘Literature on the Arab Spring is vast, but a novel perspective and original dimension is rare. Al-Azami’s book accomplishes both. He succinctly illustrates that the Arab Revolutions were also an epistemological battle, in which the ulama played a pivotal role. A quintessential read.’ — Wadah Khanfar, former director general, Al Jazeera Media Network, and President, Al Sharq Forum

‘A comprehensive account and analysis of how the events of the Arab Spring unfolded among the ranks of the ulama. Indispensable for anyone wanting to understand the fault lines which will dominate the Muslim world for years to come.’ — Jonathan A. C. Brown, Professor of Islamic Civilization, Georgetown University

Usaama al-Azami is Departmental Lecturer in Contemporary Islamic Studies at the University of Oxford. He completed his BA in Arabic and Islamic Studies at Oxford, his seminary training at Al-Salam Institute, and his MA and PhD in Near Eastern Studies at Princeton University. He specialises in Islamic political thought.