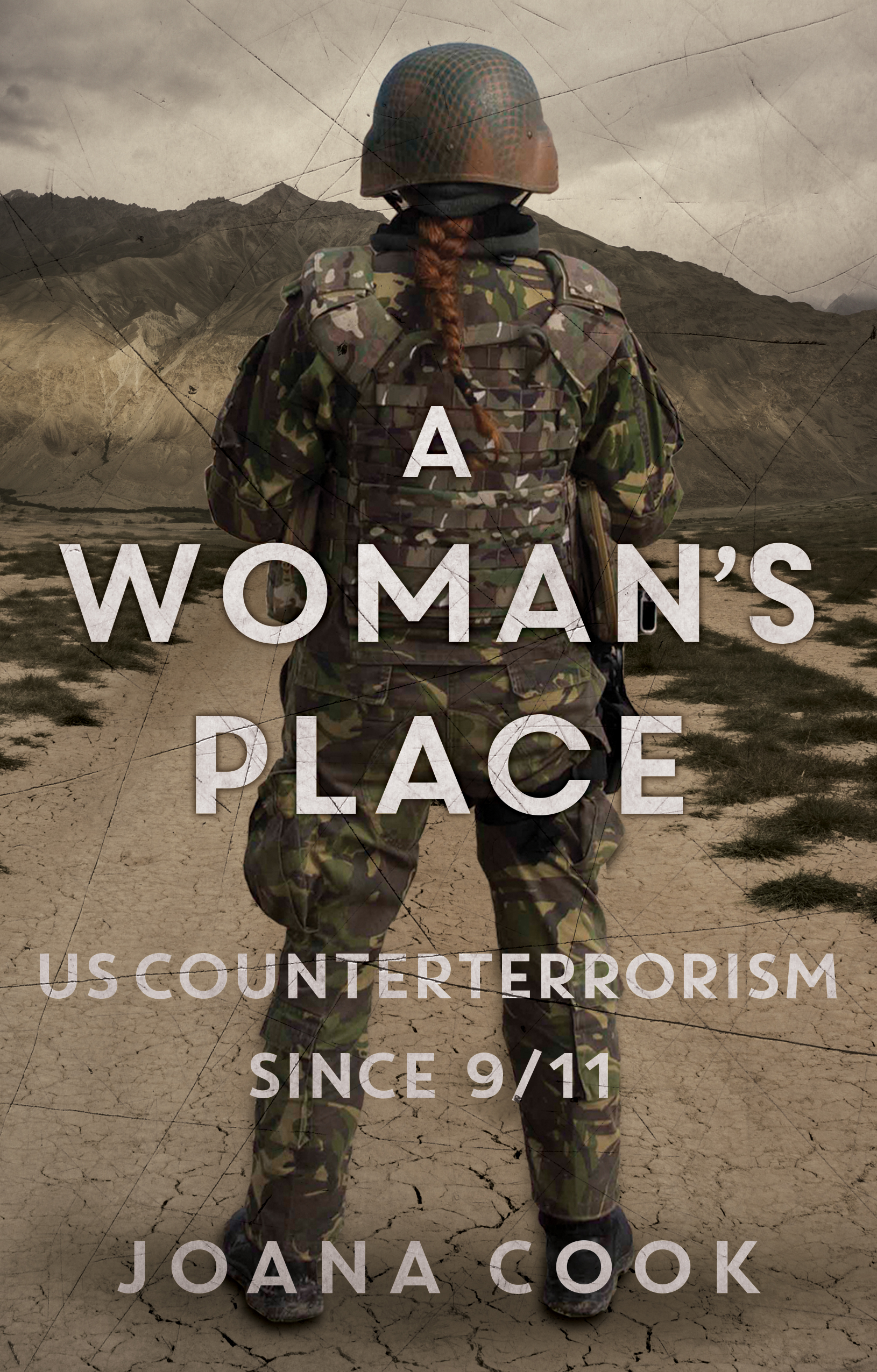 A much-needed book on the role of women in U.S. counterterrorism in the wider Middle East and at home

The 9/11 attacks fundamentally transformed how the U.S. approached terrorism, and led to the unprecedented expansion of counterterrorism strategies, policies, and practices. While the analysis of these developments is rich and vast, there remains a significant void. The diverse actors contributing to counterterrorism increasingly consider, engage and impact women as agents, partners, and targets of their work. Yet, flawed assumptions and stereotypes remain prevalent, and it remains undocumented and unclear how and why counterterrorism efforts evolved as they did in relation to women.

Drawing on extensive primary source interviews and documents, A Woman’s Place traces the evolution of women’s place in U.S. counterterrorism efforts through the administrations of Presidents Bush, Obama, and Trump, examining key agencies like the U.S. Department of Defense, the Department of State, and USAID. In their own words, Joana Cook investigates how and why women have developed the roles they have, and interrogates U.S. counterterrorism practices in key countries like Iraq, Afghanistan, and Yemen. Analysing conceptions of and responses to terrorists, she also examines how the evolving roles of women in Al-Qaeda and ISIS have impacted U.S. counterterrorism considerations.

‘Cook provides a comprehensive overview of US counterterrorism policy since 9/11.  [Her] analysis usefully summarises and incorporates theories of feminist security studies … [and she] astutely observes how the promotion of women’s rights were executed in US national security and foreign policy-making and how they were often conflated with counterterrorism success.’ — The Lowy Institute’s The Interpreter

‘An authoritative assessment of the trajectory of the American-led war on terrorism from a thoroughly compelling and highly original perspective. Cook has an impressive command of the subject and her exegesis of its issues and challenges is clear and engaging.’ — Bruce Hoffman, Professor of Security Studies, Georgetown University, and author of Inside Terrorism

‘Cook provides a sweeping and yet detailed account of how the U.S. government has—and hasn’t—incorporated women in understanding terrorism and its response. Covering counterterrorism from the Bush administration onward, A Woman’s Place is a must-read on gender and security in the post-9/11 landscape.’ — Jayne Huckerby, Clinical Professor of Law, Duke University

‘A Woman’s Place is a comprehensive examination of the multiple, diverse and critical roles played by women in counterterrorism. Joana Cook has produced a cornerstone text that is an extraordinary testament of the value of academic–practitioner engagement. Simply groundbreaking.’ — John Horgan, Professor of Psychology, Georgia State University

‘Cook has assembled an impressive array of evidence to show the ways in which women “appear” in counterterrorism discourse. Her approach shows how the U.S. government has positioned women as agents, victims, and targets of the Global War on Terrorism. A novel, comprehensive, and illuminating read.’ — Erica Chenoweth, Professor of Public Policy, Harvard Kennedy School

Joana Cook is Associate Professor of Terrorism and Political Violence at Leiden University, and Senior Project Manager at the International Centre for Counter-Terrorism.