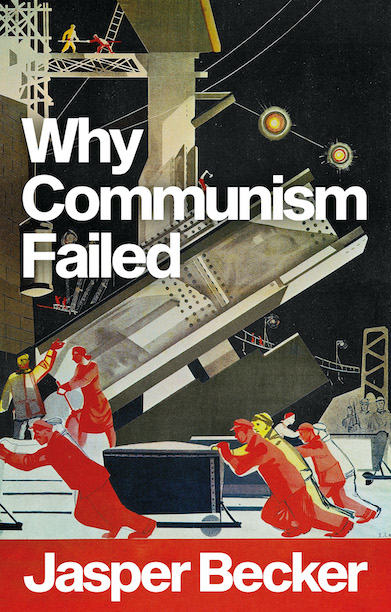 The author of a definitive book on famine in Mao’s China assesses the economic DNA of Communism as a global phenomenon.

Communism was destroyed not from without, but from within–by a persistent failure to make its economic theories work in practice. But what exactly did go wrong with its central planning? Until the last moment, top western economists claimed that Communism was superior to western models. Even now, centralised Marxist planning retains its admirers, especially among the young.

With the benefit of new archival research, we can finally grasp how falsified and manipulated statistics blindfolded Communist governments and confused western leaders, leading to staggering errors of judgement. Both sides believed that East Germany had a stronger economy than West Germany; that North Korea would overtake South Korea; that Mao’s China was a paradise for its starving peasants.Those who warned that a dearth of reliable economic data would condemn central planning to irrational misallocation of investment and labour were ignored or belittled. But, ultimately, they were vindicated.

Jasper Becker answers the big question: what accounts for the fall of Communism in the Soviet Union, China and everywhere else? And why don’t present debates acknowledge that failure? This unconventional history of Communism and the Cold War explains why the same old clash of theories is continuing to shape the world today.

‘If you want to understand how communism turned from vision to nightmare–and why Western students and intellectuals still cling to the idea–you need look no further than this useful book.’ — Eamonn Butler, Director, Adam Smith Institute

‘Communism has made an unlikely comeback as a “hip” youth movement: it is now considered “cool” to be a communist. Supporters of capitalism need to learn how to re-fight the old battles that we wrongly thought we had won. This book shows us how to do that.’ — Kristian Niemietz, Head of Political Economy, Institute of Economic Affairs

‘At a time when capitalism faces increasing scrutiny for its undeniable flaws, Becker’s book on the failures of communism starkly reminds us that there is no better alternative.’ — Edoardo Campanella, Research Director of the Taskforce on Global Capitalism in Transition, Trilateral Commission

Jasper Becker lived in and reported from Beijing for eighteen years, including as bureau chief for the South China Morning Post. A Mandarin-speaker, he has written on China for The Guardian, The Economist and The Spectator. He is the author of ten books including the acclaimed Hungry Ghosts: Mao’s Secret Famine.