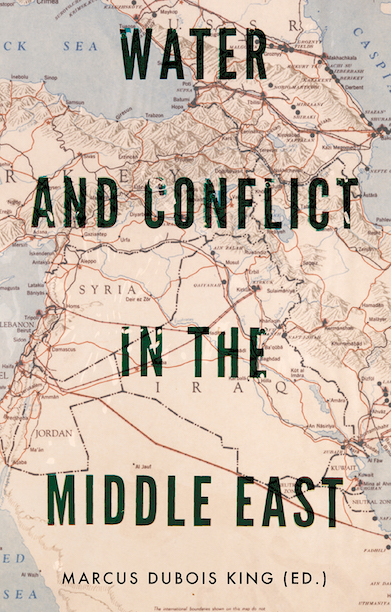 Water and Conflict in the Middle East

An important contribution on a topic that does not receive the attention it clearly deserves.

This volume explores the role of water in the Middle East’s current economic, political and environmental transformations, which are set to continue in the near future. In addition to examining water conflict from within the domestic contexts of Iraq, Yemen and Syria— all experiencing high levels of instability today—the contributors shed further light on how conflict over water resources has influenced political relations in the region. They interrogate how competition over water resources may precipitate or affect war in the Middle East, and assess whether or how resource vulnerability impacts fragile states and societies in the region and beyond.

Water and Conflict in the Middle East is an essential contribution to our understanding of turbulence in this globally significant region.

‘Refreshing and absorbing. […] Marcus Dubois King … has assembled a diverse and highly competent team of experts who present seven superb case studies on the topic. Each chapter is unfailingly well written, meticulously documented, and thoughtful.’ — The Israel Journal of Foreign Affairs

‘Eschewing all-too-easy and tired statements about the role of water in Middle East politics, this volume critically examines hydropolitics from Turkey to the UAE, offering novel analyses of everything from groundwater quality to environmental migration. An important book.’ — Alan Mikhail, Professor of History, Yale University, and author of Under Osman’s Tree: The Ottoman Empire, Egypt, and Environmental History

‘Even by the planet’s increasingly thirsty standards, the Middle East’s water situation is a mess. More and more people have insufficient water, fueling health problems. Farms and factories often run dry with obvious economic consequences. And, crucially, scarcity is contributing to the region’s instability. This superbly crafted essay collection paints a picture of a water world under attack, while also hinting at a number of paths forward. An essential primer for anyone interested in what a more water-scarce region might look like.’ — Peter Schwartzstein, award-winning environmental journalist and author, and Fellow at the Center for Climate and Security

‘Conflict over water resources in the Middle East is nothing new. It goes back at least 5,000 years to the earliest civilisations in Mesopotamia. Today, factors such as increasing environmental scarcity and the construction of new dams and other water infrastructure, as seen in the countries sharing the Tigris and Euphrates rivers, further complicate political relations in this often tumultuous region. These case studies shed light on water’s increasing relevance to conflict, underscoring the need for thoughtful and urgent policies to prevent the most adverse outcomes.’ — Edward ‘Skip’ Gnehm Jr., Kuwait Professor of Gulf and Arabian Peninsula Affairs, Elliott School of International Affairs, George Washington University, and former US Ambassador to Kuwait and Jordan

‘Fighting over water in the Middle East has persisted for millennia. So what’s new? Climate change will likely reduce rainfall in the area, while populations will soar. Water scarcity will grow to dimensions never encountered and tensions will rise, provoking and stoking crises. This volume explores these rising challenges and more, including an often neglected source of conflict—underground aquifers that underlie the area. In time, water in this region may become a more valuable resource than oil, something often a source of conflict. King weaves together an enlightening tapestry through a series of incisive case studies. An important contribution to the fields of conflict and the environment.’ — James Lee, Researcher in Residence, School of International Service, American University, and author of Environmental Conflict and Cooperation