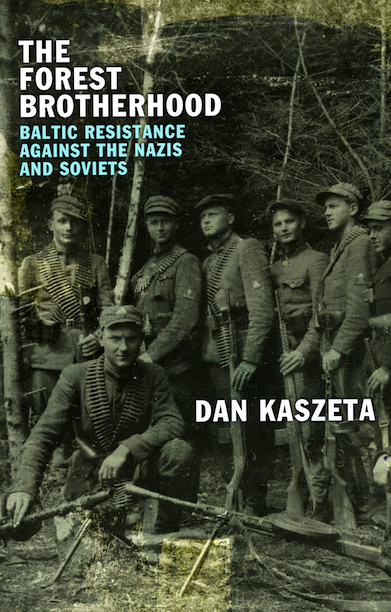 Baltic Resistance against the Nazis and Soviets

The untold tale of heroic battles for freedom in the Baltic states, during and after World War II.

A common view is that the Second World War in Europe ended in May 1945. But fighting continued for over a decade in the Baltic states. Stuck between two totalitarian regimes–Stalin’s USSR and Hitler’s Reich–the populations of Estonia, Latvia and Lithuania had been subjected to a brutal Soviet occupation in 1940, Nazi invasion in 1941, and Soviet re-occupation in 1944, falsely branded as ‘liberation’.

Variously labelled ‘freedom fighters’ or ‘Nazi bandits’ by historians, the Baltic partisans who would become known as the Forest Brothers fought a long campaign against occupation that eventually failed under the might of the USSR. Much of this history of armed resistance, which was also a front in the intelligence war between East and West, is little known outside the region. Treachery, betrayal, heroism and lost futures all play a role in this fascinating tale, as Dan Kaszeta explores themes of independence, nationalism, Baltic identity, the fluidity of boundaries in Eastern Europe, and the comparative weight of Nazi and Soviet oppression.

Drawing on extensive archival material rarely seen outside the Baltic states, The Forest Brotherhood unpacks the forgotten story of this resistance movement, and reveals its continuing impact on today’s world.

Dan Kaszeta is a specialist defence and security consultant of Lithuanian ancestry, who has long studied Baltic history. An associate fellow at the Royal United Services Institute and the author of Toxic (also published by Hurst), he has held positions in the US Secret Service and White House Military Office.