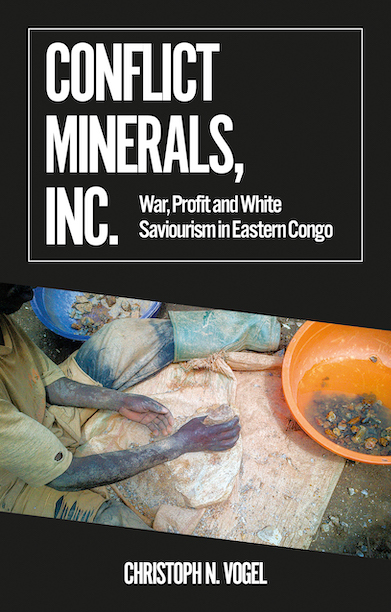 Have international efforts to regulate resource extraction from war zones in the DRC done more harm than good?

In the twenty-first century, the relationship between violent conflict and natural resources has become a matter of intense public and academic debate. As a result of fervent activism and international campaigning, the flagship case of ‘conflict minerals’ has captured global attention. This term groups together the artisanal tin, tantalum (coltan), tungsten and gold originating from war zones in Central Africa.

Known as ‘digital minerals’ for their use in high-end technology, their exploitation and trade has been singled out in numerous media and United Nations reports as a key driver of violence, provoking an unprecedented popular outcry and prompting transnational efforts to promote ‘conflict-free’, ethical mining. Focusing on the eastern Democratic Republic of the Congo, Conflict Minerals, Inc. is the first comprehensive analysis of this phenomenon.

Based on meticulous investigation and long-term fieldwork, this book analyses why the campaign against ‘unethical’ mining went awry, and radically disrupted eastern Congo’s political economy. It dissects the evolution of the conflict minerals paradigm, the policy responses it triggered and their impact on artisanal miners. Vogel demonstrates how Western advocacy and policy have relied on colonial frames to drive change, and how White Saviourism perpetuates structural violence and inequality across global supply and value chains.

‘An unflinching examination of how even the best intentions can lead to perverse outcomes. A devastating critique of “white saviourism”, Vogel provides a necessary and grounded obituary for a dead paradigm. Lucid, compassionate and personal, a must-read for those interested in Africa’s forever war.’ — Zachariah Mampilly, Marxe Endowed Chair of International Affairs, City University of New York, and co-editor of Rebel Governance in Civil Wars

‘Combining field research and political critique, this remarkable study challenges the conventional wisdom that natural resources cause wars, and offers a powerful critique of (neo)colonial and Orientalist framings of wars.’ — Marielle Debos, Associate Professor in Political Science, University of Paris Nanterre, and author of Living by the Gun in Chad: Combatants, Impunity and State Formation

‘Vogel’s meticulous research centres on the Congolese people targeted by conflict minerals policy, revealing not just the often-tragic outcomes of mineral activism but also how and why effects have been so different from intentions. Devastating and essential reading.’ — Louisa Lombard, Associate Professor of Anthropology, Yale University, and author of State of Rebellion: Violence and Intervention in the Central African Republic

‘An in-depth study of war and natural resources in the DRC by an expert with deep roots in the field. Highly sensitive to political and epistemological developments on the African continent, Vogel deconstructs outdated Eurocentric frameworks of thought about the relationship between war, natural resources and life in the postcolony.’ — Aymar Nyenyezi Bisoka, Professor, University of Mons, and co-author of Field Research in Africa: The Ethics of Researcher Vulnerabilities

Christoph N. Vogel is an award-winning investigator of conflicts in Central Africa. He is Research Director of the Insecure Livelihoods project at Ghent University, and has worked with the UN. Christoph holds a PhD from the University of Zurich and helped develop the Congo Research Group at New York University.