Join leading thinker Kenan Malik as he discusses his new book Not so Black and White.

In doing so, he throws new light on today’s culture wars. Discussing his new book Not so Black and White, Malik asks: Is white privilege real? What’s wrong with identity politics? And why is it that the more we despise racial thinking, the more we seem to cling to racial identities? 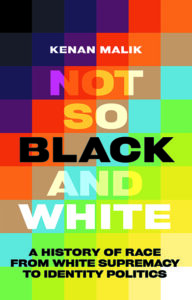 Sponsored by the Centre for Global Study of Empire & School of English.