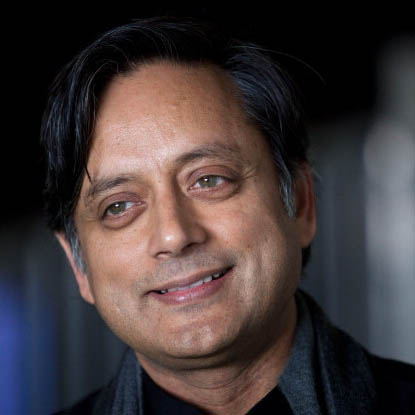 India at 75: Can Britain and India be Friends? w/ Shashi Tharoor and Jo Johnson

Join The Struggle for India’s Soul author Shashi Tharoor and Jo Johnson on Wednesday October 5 to discuss and debate the future relationship between the two countries for the second event in Intelligence Squared’s new series ‘India at 75’.

India and Britain have a bloody history. For nearly 200 years from the Battle of Plassey on 23 June 1757, the British Empire ruled the Indian subcontinent as a colony – exploiting its people and natural resources for economic gain.

But since Indian independence in 1947 the relationship between the two countries has changed dramatically. India has become the world’s fastest growing economy and recently overtook Britain as the fifth largest in the world. India has a highly skilled workforce with a diaspora working in senior positions of the world’s largest tech companies such as Google and Microsoft. And India has become a powerful geopolitical actor – spending $76.6 billion on its military, the third highest in the world after China and The United States.

So in a post-colonial world what relationship should exist between India and Britain? What common values and goals do the two countries share? And what legacy does the British Empire still have in shaping any potential friendship? Join Shashi Tharoor and Jo Johnson on Wednesday October 5 to discuss and debate the future relationship between the two countries for the second event in our new series ‘India at 75.’

About The Struggle for India’s Soul

Over a billion Indians are alive today. But are some more Indian than others? To answer this question, central to the identity of all who belong to modern India, Shashi Tharoor explores hotly contested notions of nationalism, patriotism, citizenship and belonging. Two opposing ideas of India have emerged: ethno-religious nationalism, versus civic nationalism. This struggle for India’s soul now threatens to hollow out and destroy the remarkable concepts bestowed upon the nation at Independence: pluralism, secularism, inclusive nationhood. The Constitution is under siege; institutions are being undermined; mythical pasts propagated; universities assailed; minorities demonised, and worse. Tharoor shows how these new attacks threaten the ideals India has long been admired for, as authoritarian leaders and their supporters push the country towards illiberalism and intolerance. If they succeed, millions will be stripped of their identity, and bogus theories of Indianness will take root in the soil of the subcontinent.

However, all is not yet lost. This erudite, lucid book, taking a long view of India’s existential crisis, shows what needs to be done to save everything that is unique and valuable about India.

Former member of the British Parliament between 2010-2019. He held positions in Government under three prime ministers, including Head of the No10 Downing Street Policy Unit and Minister of State for Universities, Science and Innovation. He is currently Chairman of Access Creative, an independent provider of further education and training for the creative industries. He is also a Senior Fellow at the Harvard Kennedy School and President’s Professorial Fellow at King’s College, London.

Shashi Tharoor
Indian politician, writer and author of The Struggle for India’s Soul

Politician, writer and former diplomat who has been a Member of the Indian Parliament since 2009. He was formerly Under-Secretary General of the United Nations and is the author of many books including Why I Am A Hindu and the recent title The Struggle for India’s Soul.

Journalist, broadcaster and author. Her 2019 book, Partition Voices: Untold British Stories, is based on her award-winning documentary series of the same name. She presents the series Three Pounds in My Pocket, a social history of South Asians in post-war Britain, and is a regular presenter of The Inquiry.