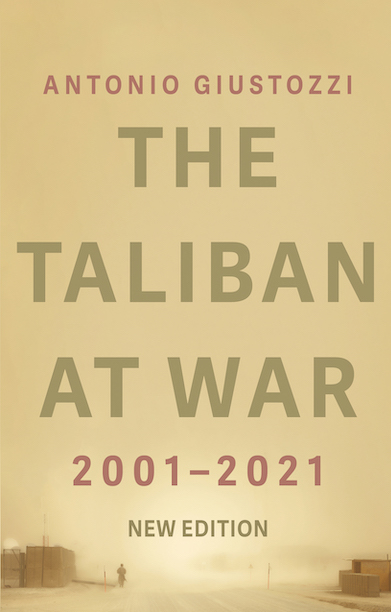 The Taliban at War

How fighting a sixteen-year-long war has affected the Taliban, by the world’s leading expert on the movement.

How does the Taliban wage war? How has its war changed over time? Firstly, the movement’s extraordinary military operation relies on financial backing. This volume analyses such funding. The Taliban’s external sources of support include foreign governments and non-state groups, both of which have affected the Taliban’s military campaigns and internal politics. Secondly, this is the first full-length study of the Taliban to acknowledge and discuss in detail the movement’s polycentric character. Here not only the Quetta Shura, but also the Haqqani Network and the Taliban’s other centres of power, are afforded the attention they deserve.

The Taliban at War is based on extensive field research, including hundreds of interviews with Taliban members at all levels of the organisation, community elders in Taliban-controlled areas, and other sources. It covers the Taliban insurgency from its first manifestations in 2002 up to the end of 2015. The five-month Battle of Kunduz epitomised the ongoing transition of the Taliban from an insurgent group to a more conventional military force, intent on fighting a protracted civil war.

In this latest book, renowned Afghanistan expert Antonio Giustozzi rounds off his twenty years of studying the Taliban with an authoritative sitrep detailing the evolution of its formidable military machine.

‘[The Taliban at War is] highly informed and detailed … [It is] based on extensive field work in Afghanistan by the author (a renowned expert on the region) and his Afghan researchers’. — Washington Times

‘Giustozzi provides a detailed and dense account of the Taliban’s resilience. [This book] is an important contribution to the history of the American-led war in Afghanistan.’ — Foreign Affairs

‘A detailed description of the changing nature of the war in Afghanistan over the past two decades, and how the Taliban and its leaders have responded over time.’ — CHOICE

‘Giustozzi’s narrative skill, analytical authority, and long-standing reputation as an expert on the Taliban and events in Afghanistan after 2001 are advanced in The Taliban at War.‘ — Terrorism and Political Violence

‘Documents in great detail the history and evolution of the Afghan Taliban’s military strategy and capabilities as well as its internal divisions and partial fragmentation. … provides a wealth of detail for academics, students, and policymakers to consider with regard to the trajectory and future of the Afghan conflict and state-building experiment.’ — Muslim World Book Review

‘Based primarily on first-hand interviews, Giustozzi’s expansive new book presents a treasure trove of new and important information on the Afghan Taliban, and might well be the work to which all future scholarly explorations of the Taliban will be compared.’ — Thomas H. Johnson, Research Professor of National Security Affairs, Naval Postgraduate School and author of Taliban Narratives

‘A fine-meshed and carefully documented analysis of how the Taliban’s military organisation and strategy have evolved since the movement’s defeat in 2001. Uniquely sourced from over 400 interviews, this book will clearly be a standard reference on the subject.’ — Astri Suhrke, Senior Researcher, Chr. Michelsen Institute, Bergen and author of When More is Less: The International Project in Afghanistan