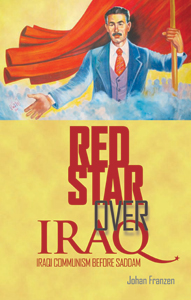 ‘Anyone seeking to thoroughly understand the evolution of Iraq’s politics from the declaration of the state in 1920 to the seizure of ultimate power by Saddam Hussein in 1979 should read this book.’ — Toby Dodge, Reader in International Relations, London School of Economics and Political Science

COMMENDED FOR THE BRISMES BOOK PRIZE 2012

Recent outbursts of sectarian and ethnic violence in Iraq have made many observers question the viability of the state itself. It is said that due to the artificiality of the state and a lack of deep-seated political institutions, Iraqi politics is doomed to endlessly revert back to primordialism. Political parties are mere facades for the real intention of pursuing ethno-sectarian interests, the argument goes. But the present situation has largely been caused by Saddam Hussein’s infamous rule over the past three decades, combined with the plight of international sanctions. Before Saddam’s ascent to power in the late 1970s, however, the Iraqi political spectrum was full of political parties operating from ideological platforms. The largest, and arguably most important of these groups, was the Iraqi Communist Party (ICP). The ICP stands out as the only true cross-sectarian party in Iraqi history, drawing support from all of Iraq’s diverse communities. From its inception in 1934, it continuously fought the various regimes in power and endeavoured to spread communist ideology throughout Iraq. At times the party achieved considerable success in this regard, although ultimately never able to seize power. Red Star over Iraq analyses the twists and turns of the ICP from its inception until its ultimate demise as a significant political force at the hands of Saddam in 1979.

‘A solidly researched and insightful single-volume history of the Iraqi Communist Party from its inception to its annihilation by Saddam. […] The author is to be lauded for “taking the long view” by tracing the roots of Iraqi communism back to the turbulent emergency of the Iraqi state after World War I. […] A highly readable and instructive history of secular political ideologies in Iraq.’ — BRISMES Book Prize Judges’ Comments

‘Johan Franzén breaks new ground in our understanding of the Iraqi Communist Party (ICP), the most important political movement in modern Iraq. Using numerous interviews and new sources, many of which are unpublished, Franzén demonstrates the ICP’s nonsectarian nature and emphasis on social justice, which attracted both the Iraqi intelligentsia and the general public. While the party’s demise at the hands of Saddam Hussein is well known, Franzén suggests its legacy can still serve to promote a more just, socially inclusive, and democratic Iraq in the future.’ — Eric Davis, Rutgers University

‘Johan Franzen has written a richly researched and perceptive analysis of the definitive role the Iraqi Communist Party played in the country’s politics before 1979. He explains the revolutionary rise and violent decline of the party, placing them at the centre of Iraq’s socio-economic transformation during the 1950s, 60s and 70s. Anyone seeking to thoroughly understand the evolution of Iraq’s politics from the declaration of the state in 1920 to the seizure of ultimate power by Saddam Hussein in 1979 should read this book.’ — Toby Dodge, Reader in International Relations, London School of Economics and Political Science

‘An original study displaying a sound knowledge of Iraqi history, based on the appropriate primary sources, and making an important contribution to our understanding of the complex relationship between the Soviet Union, supposedly ‘progressive’ third-world states, and the communist movements within such states.’ — Peter Sluglett, author of Britain in Iraq: Contriving King and Country

‘One of the great virtues of Johan Franzén’s study lies in its interweaving of the history of the Iraqi Communist Party with the history of Iraq itself. He succeeds in bringing out, through exemplary and detailed research, the ways in which the party’s turbulent inner political debates and struggles did not prevent it from appealing to a wide swath of Iraqi society. In doing so, Franzén reminds us of the courage and imagination of the thousands of Iraqis who believed that the ICP held out a better prospect for the country than strident nationalism or sectarian division.’ — Charles Tripp, School of Oriental and African Studies, University of London

‘A startlingly sympathetic whirlwind account of the dramatic rise and fall of the Iraqi Communist Party, this book is a remarkable credit to the author’s diligent perseverance in investigating what must be one of the great ‘what-ifs’ of modern Arab history. … Dr Franzén demonstrates an intricate and deeply nuanced knowledge of the full spectrum of both Marxism and the ICP’s conceptualization of this ideology … this book is an extremely enjoyable read, and there are some wonderfully bold assertions that make it a sheer delight …  the concluding chapter is a simply brilliant overall assessment of the party and its significance and relevance to contemporary Iraq.’ — Islam and Christian–Muslim Relations

‘No college-level Middle East collection should be without it!’ — Midwest Book Review

‘Johan Franzén’s account of the most significant political movement in modern Iraq, and “arguably the most important political organisation in the Middle East never to have attained power” … makes a good contribution to the historiography of modern Iraq and extends our knowledge of the political scene in a country that has been ravaged by military conflicts and violence over more than half a century. … The strength of the book lies in its description of the clashes between the pragmatic and ideological aspects of the Iraq Communist Party’s policy toward different regimes in Iraq and its overall policy vis-à-vis major issues such as Arab Unity and the Kurds’ struggle for independence.’ — American Historical Review

Johan Franzén is Senior Lecturer in Middle East History at the University of East Anglia. He is the author of Red Star Over Iraq: Iraqi Communism Before Saddam, also published by Hurst, and has written extensively on Iraqi affairs for many years.