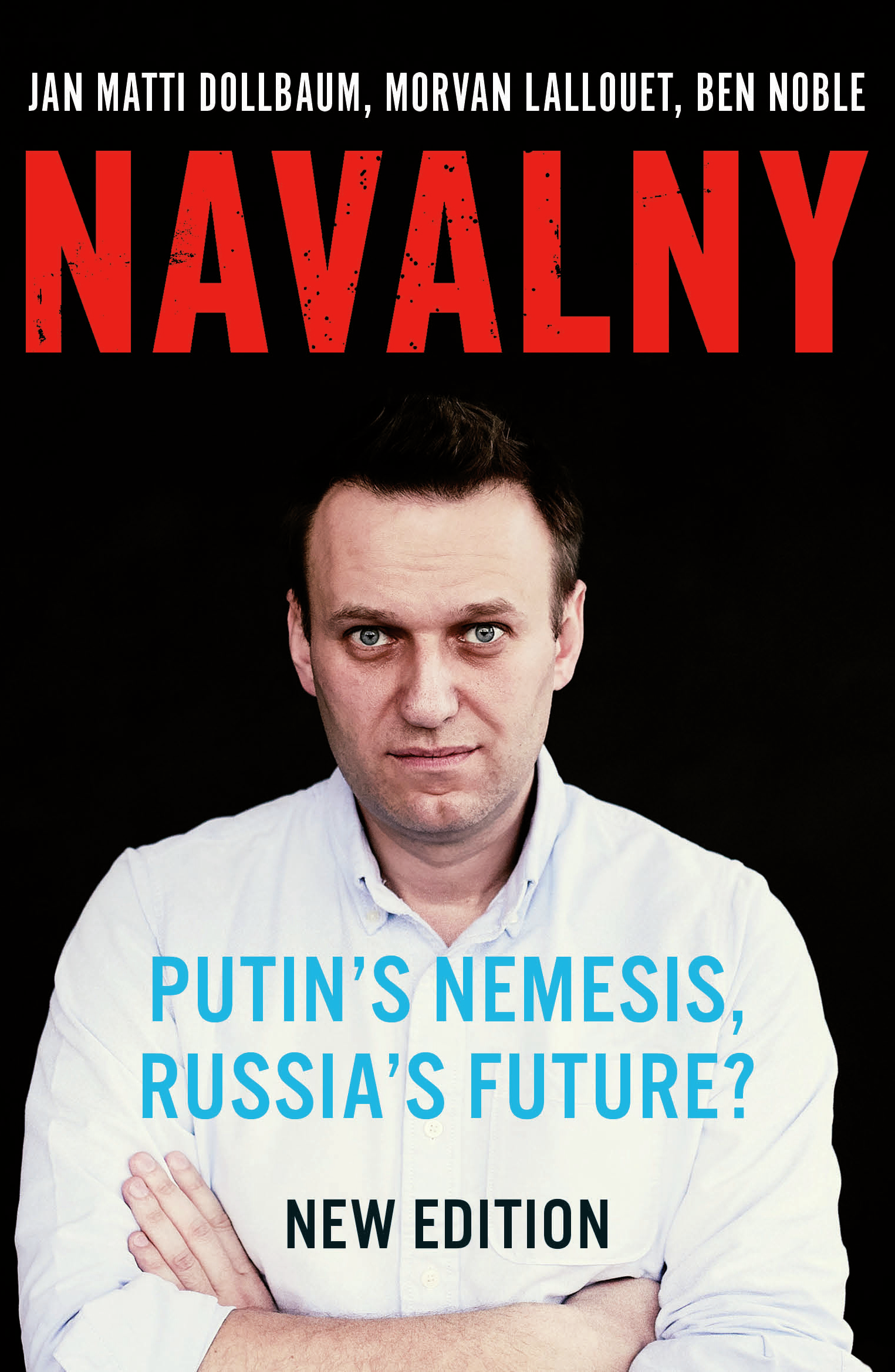 A fascinating account of Russia’s famous dissident and the politics he embodies.

A Financial Times Politics Book of the Year 2021

Navalny makes sense of this divisive character, revealing the contradictions of a man who is the second most important political figure in Russia—even when behind bars. In order to understand modern Russia, you need to understand Alexei Navalny. This updated version includes new material following Russia’s February 2022 invasion of Ukraine.

1. Who is Alexei Navalny?

6. Navalny and the Future of Russia

Read excerpts from Navalny: Putin’s Nemesis, Russia’s Future? in The Moscow Times and The Daily Beast.

‘Paints a vivid picture of a Russian politician who is a necessarily courageous product of the internet age. […] An engaging and timely book about Navalny the man, the politician and the protester.’ — Luke Harding, The Observer

‘Anyone reading [Navalny] from the safety and comfort of Britain will be daunted, humbled — and outraged.’ — Edward Lucas, The Times

‘A fair-minded and comprehensive guide to a man who may yet play a major role in the future of Russia.’ — Financial Times

‘[A]n important and valuable book on a figure central to our understanding of Russia’s present and future.’ — The Times Literary Supplement

‘[Presents] the first serious attempt to explain to a general readership what has made Navalny stand out among Russian politicians and what made him a target for the authorities.’ — BBC News Russian

‘A balanced and insightful analysis.’ — Reuters

‘Bottles that Navalny spirit and serves it chilled. It slips down a treat.’ — Airmail

‘Does a fine job of presenting an account of the various different contexts that have shaped Navalny’s political trajectory.’ — The Moscow Times

‘Captures the complexities of Navalny as a political figure very well for a generalist or specialist who never bothered to look before. Anyone looking to get a solid grasp of his career and significance should grab a copy.’ — OGs and OFZs

‘[W]ell written and eminently researched, properly documented and up to date. Given the importance of Navalny in current Russian politics, this should be a standard textbook in courses on contemporary Russian politics and economics.’ — Europe-Asia Studies

‘This book is a timely and expertly-written biographical and political analysis of Alexei Navalny as the emergent force to be reckoned with in Russian politics—very appropriately produced by three rising stars in European academia and foreign affairs. The authors deploy their formidable collective talents to delve into and explain the specifically Russian context of Navalny’s brand of activism. They provide a critical commentary on his personality and popularity, including the reactions he elicits from those who know and work with him, or follow his lead. This is not just a book about Navalny’s struggles with the Kremlin, it is the essential primer for anyone outside Russia trying to understand this astonishingly brave and complicated man and the role he plays in contemporary Russia.’ — Dr Fiona Hill, Brookings Institution senior fellow and former advisor on Europe and Russia on the US National Security Council

‘A brilliant and highly readable analysis of the most compelling political figure to emerge from Russia in many years. The authors explain who Navalny is, what he stands for and why he matters. In an era when authoritarianism and strongman politics are advancing all over the world, Navalny is a figure of global significance.’ — Gideon Rachman, chief foreign affairs commentator, Financial Times

‘A timely and important study of the man, the movement and the context, based on detailed analysis and balanced judgement. An indispensable contribution to our understanding of contemporary Russian politics.’ — Richard Sakwa, Professor of Russian and European Politics, University of Kent, author of The Putin Paradox

‘Alexei Navalny’s media image is black-and-white: for the West, a persecuted hero; for the Kremlin, an arch-enemy of the state. This book fills in crucial shades of grey, especially on the question of whether Navalny is a “nationalist.” Sprinkled throughout – astute observations on what draws Russians to his protests and how the government uses “selective repression” to keep them home. A detailed examination of Russia’s most famous opposition activist, politician and protester – and why the Kremlin wants to silence him.’ — Jill Dougherty, former CNN Moscow Bureau Chief

‘Demonised, harassed, poisoned, arrested, imprisoned: Alexei Navalny is not only Putin’s most persistent and arguably bravest critic, but as this eye-opening and very readable book demonstrates, he proves the growing hunger for change in today’s Russia.’ — Professor Mark Galeotti, author of We Need To Talk About Putin

‘For anyone who wants to know who Alexei Navalny is, what drives him, and what his ultimate goal is, this well researched and in-depth new biography of Russia’s most famous dissident tells the story of the man who has managed to rattle Putin more than any other threat.’ — Bianna Golodryga, Senior Global Affairs Analyst at CNN

‘At a moment when Alexei Navalny has emerged as a global figure in his fight from captivity for Russian democracy, Jan Matti Dollbaum, Morvan Lallouet, and Ben Noble have provided the world with a tremendous service by writing the first comprehensive account of the country’s most important opposition leader. Filled with facts and devoid of hyperbole, the book offers a complete portrayal of Navalny, as an anti-corruption activist, politician, and protestor. Navalny: Putin’s Nemesis, Russia’s Future? is a must read for anyone who wants to learn what Alexei Navalny actually does and believes, and what he might do to shape Russia’s future.’ — Michael McFaul, author of From Cold War to Hot Peace: An American Ambassador in Putin’s Russia

Jan Matti Dollbaum is a postdoctoral researcher at Bremen University, specialising in activism and civil society in Russia.

Morvan Lallouet is a PhD candidate at the University of Kent, researching Navalny and the Russian opposition.

Ben Noble is Associate Professor of Russian Politics at University College London and an Associate Fellow at Chatham House.