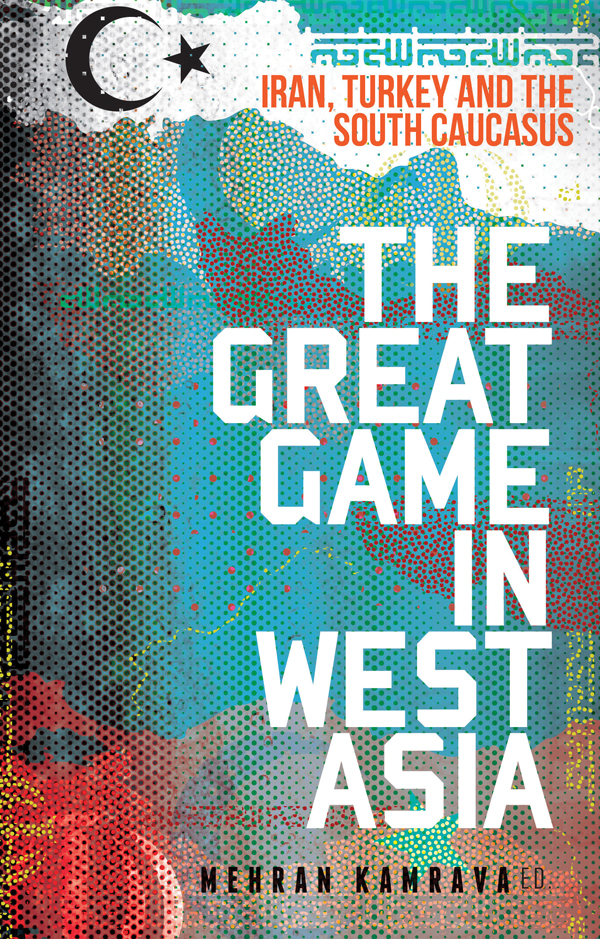 The Great Game in West Asia

Iran, Turkey and the South Caucasus

A pertinent analysis of the strategic competition between the two major powers of West Asia, and the emergence of a new ‘Great Game’.

The Great Game in West Asia examines the strategic competition between Iran and Turkey for power and influence in the South Caucasus. These neighbouring Middle East powers have vied for supremacy and influence throughout the region and especially in their immediate vicinity, while contending with ethnic heterogeneity both within their own territories and across their borders. Turkey has long conceived of itself as not just a bridge between Asia and Europe but in more substantive terms as a central player in regional and global affairs. If somewhat more modest in its public statements, Iran’s parallel ambitions for strategic centrality and influence have only been masked by its own inarticulate foreign policy agendas and the repeated missteps of its revolutionary leaders. But both have sought to deepen their regional influence and power, and in the South Caucasus each has achieved a modicum of success. In fact, as the contributions to this volume demonstrate, as much of the world’s attention has been diverted to conflicts and flashpoints near and far, a new great game has been unravelling between Iran and Turkey in the South Caucasus.

[A] collection of essays by leading scholars in the field … this is an important addition to the literature.’ – Choice

‘Excellent. This is a highly insightful account of important trends that are impacting West Asia. Mehran Kamrava has put together an outstanding group of scholars to explain the key drivers shaping this strategically sensitive region.’ — Alex Vatanka, Senior Fellow, Middle East Institute

‘Turkey and the South Caucasus are looming as theatres of conflict and strife, challenging longstanding assumptions about the internal stability and regional engagements of states in this part of the world. This splendid collection is the very book to set these troubling developments in a rich—if unsettling—context.’ — William Maley, Professor of Diplomacy, Asia-Pacific College of Diplomacy, Australian National University

‘Mehran Kamrava has edited a set of illuminating and highly innovative essays on a topic that has received scant attention. The book brings together leading scholars who deliver an outstanding compendium that is likely to make a major imprint on the field – an important and necessary book.’ — Arshin Adib-Moghaddam, Chair of the Centre for Iranian Studies, School of Oriental and African Studies

‘The South Caucasus may not view itself primarily as the stage for a great game between Iran and Turkey, but these two powers’ regional rivalry makes a useful lens through which to examine the diverse trajectories of Armenia, Azerbaijan and Georgia. Chapters by well-known academics from all sides have been fluently edited into a frank and inclusive overview of the region from several unusual vantage points.’ — Hugh Pope, International Crisis Group, author of Sons of the Conquerors: the Rise of the Turkic World