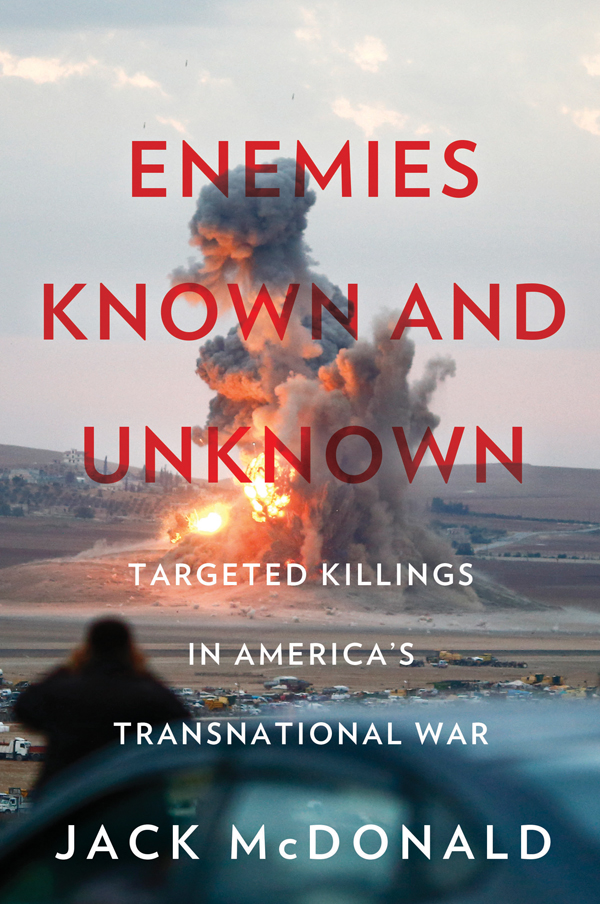 President Obama was elected on an anti-war platform, yet targeted killings have increased under his command of the ‘War on Terror’. The US thinks of itself as upholding the rule of international law and spreading democracy, yet such targeted killings have been widely decried as extra-judicial violations of human rights. This book examines these paradoxes, arguing that they are partially explained by the application of existing legal standards to transnational wars.

Critics argue that the kind of war the US claims to be waging — transnational armed conflict — doesn’t actually exist. McDonald analyses the concept of transnational war and the legal interpretations that underpin it, and argues that the Obama administration’s adherence to the rule of law produces a status quo of violence that is in some ways more disturbing than the excesses of the Bush administration.

America’s interpretations of sovereignty and international law shape and constitute war itself, with lethal consequences for the named and anonymous persons that it unilaterally defines as participants. McDonald’s analysis helps us understand the social and legal construction of legitimate violence in warfare, and the relationship between legal opinions formed in US government departments and acts of violence half a world away.

1. The Cleanest War
2. The Lens of War
3. In Washington’s Shadow
4. Lawful Annihilation?
5. Unto Others
6. Individuated Warfare
7. Killing through a Monitor, Darkly
8. The Body as a Battlefield
9. Gyges’ Knife

‘A thoroughly researched, balanced, and well-written constructivist work that has utility for the student of war. It has immediate relevance for military officers and defense community scholars who must grapple with new forms of war and our enemies who utilize them.’ — Parameters

‘Lucid, informed and authoritative — one of those rare books which will be required reading for years to come. One learns as much about the nature of war itself and our relationship with it as about the specific issue of targeted killings.’ — Christopher Coker, Professor of International Relations, London School of Economics, author of Rebooting Clausewitz: ‘On War’ in the Twenty-First Century

‘President Trump is set to continue the Obama and Bush policies of targeted killings. Whether you think they should be condemned as counter-productive illegal assassination or commended as the most effective way found to date to rid the world of ruthless terrorists, you will find arguments to challenge you in Jack McDonald’s book. He lays painfully bare the contested relationship between war, technology, violence and law and the origins of the present controversy over transnational war waged at the individual level.’ — Sir David Omand GCB, former director of GCHQ and author of Securing the State

‘There has been a plethora of books on drones and their activities; none of them has yet effectively hit, so to speak, the issue of targeted killings and the law. This book does that. For students of current conflict, international law or air power, this must be the set book on targeted killings, especially by drones, and the law that supposedly encompasses their use.’ — Frank Ledwidge, author of Rebel Law: Insurgents, Courts and Justice in Modern Conflict

Jack McDonald is a research associate and teaching fellow at the Centre for Science and Security Studies, in the Department of War Studies, King’s College London