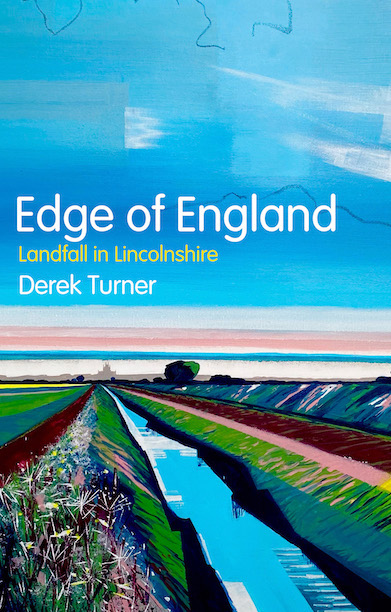 The untold story of a great English county and its people, from the Vikings to Brexit.

Lincolnshire is England’s second-largest county—and one of the least well-known. Yet its understated chronicles, unfashionable towns and undervalued countryside conceal fascinating stories, and unique landscapes: its Wolds are lonely and beautiful, its towns characterful; its marshlands and dynamic coast are metaphors of constant change. From plesiosaurs to Puritans, medieval ghosts to eighteenth-century explorers, poets to politicians, and Vikings to Brexit, this marginal county is central to England’s identity.

Canute, Henry IV, John of Gaunt and Katherine Swynford all called Lincolnshire home. So did saints, world-famed churchmen and reformers—Etheldreda, Gilbert, Guthlac and Hugh, Robert Grosseteste, John Wycliffe, John Cotton, John Foxe and John Wesley—as well as Isaac Newton, Joseph Banks, John Harrison and George Boole. Lincolnshire explorers went everywhere: John Smith to Jamestown, George Bass and Matthew Flinders to Australia, and John Franklin to a bitter death in the Arctic. Artists and writers have been inspired—including Byrd, Taverner, Stukeley, Stubbs, Eliot and Tennyson—while Thatcher wrought neo-liberalism. Extraordinary architecture testifies to centuries of both settlement and unrest, from Saxon towers to sky-piercing spires; evocative ruined abbeys to the wonder of the Cathedral. And in between is always the little-known land itself—an epitome of England, awaiting discovery.

‘[A] remarkable new study of Lincolnshire…its scope is striking, its ambition impressive, and its creation to be much welcomed.’ — Lincolnshire Past & Present

‘Painting in poetic and evocative words…[Turner] gives food for thought about the topics concerning Britain today such as climate change, Europe, the place of agriculture.’ — The Jackdaw

‘Derek Turner has written a hauntingly beautiful and evocative portrayal of England’s “forgotten county… Edge of England is much more than a mere guide, more a beautifully crafted and written love letter to “a county like no other.”’ — Heckington Living

‘By some marvellous alchemic mirror, Edge of England shows how one rather overlooked county impacted national history, and vice versa. If this were not enough, Turner must also be counted among the finest prose-smiths working the English language today.’ — John Lewis-Stempel, author of Meadowland: The Private Life of an English Field

‘A mellifluous and rich account of Lincolnshire’s strange history, landscape and folklore.’ — Edward Parnell, author of Ghostland: In Search of a Haunted Country

‘A fascinating, insightful and wonderfully researched study of a much neglected county. It draws out the rich history and all that is distinctive about Lincolnshire. A must-read for all yellow bellies and those not blessed with being born in the county.’ — Professor Lord Norton of Louth

‘Full of evocative, and often elegiac, descriptions of our landscape and our wildlife, and full too of fascinating reflections on the history and people of Lincolnshire, this book should be on the shelves of everyone who knows and loves our perhaps unfashionable but wonderful county.’ — Lord Cormack of Enville

‘This is a wonderful biography of Lincolnshire. Lincolnshire inhabitants will be entranced, not just by Derek Turner’s erudite attention to detail but by his infectious enthusiasm for what Henry VIII described as this “most brute and beastly shire”. This book is an eye-opening account of one man’s journey through space and time.’ — Robert Wyatt, musician

Derek Turner (derek-turner.com) is an Irish-born, Lincolnshire-resident novelist and reviewer. He has written for The Economist, The Spectator, The Times, The Daily Mail, The Irish Times, Country Life, Literary Review and The Lady; his poetry has appeared in Quadrant. This book draws on twenty years exploring and reading about Lincolnshire.