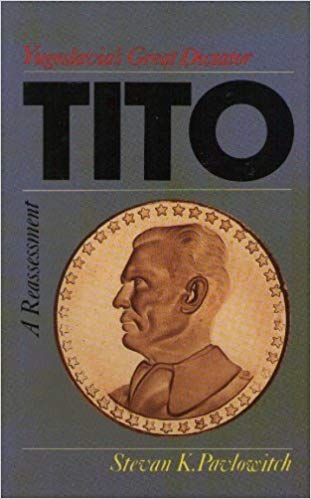 This biography offers a straightforward, balanced approach to the man who reigned over Yugoslavia for 35 years. Pavlowitch strips away the myths about Tito and his life and places him within a broad historical perspective as a key 20th-century European leader. He begins with the economic, social and national factors that helped to create Josip Broz Tito, then considers his role after the chaos of World War II, when he unified Yugoslavia by offering something to each of its constituent ehtnic communities. He admits that Tito remains paradoxical: a ruthless revolutionary and imaginative statesman, dogmatic hard-liner and triumphant heretic, disciple of Soviet Stalinism and the force behind a Yugoslav-style Marxism. According to Pavlowitch, the seeds of Tito’s long-term failure lay in his short-term successes and his regime provided little more than transient unity. Tito, for all his faults, was one of the world’s most influential leaders in his time – he also remains little understood. this study removes some of the mystery surrounding him and aims to help to explain the situation in Eastern Europe today.

Born in Belgrade, Stevan K. Pavlowitch is the author of The Improbable Survivor: Yugoslavia and its Problems 1918-88, Yugoslavia's Great Dictator Tito: A Reassessment and A History of the Balkans 1804-1945. He is Emeritus Professor of History at the University of Southampton, England.