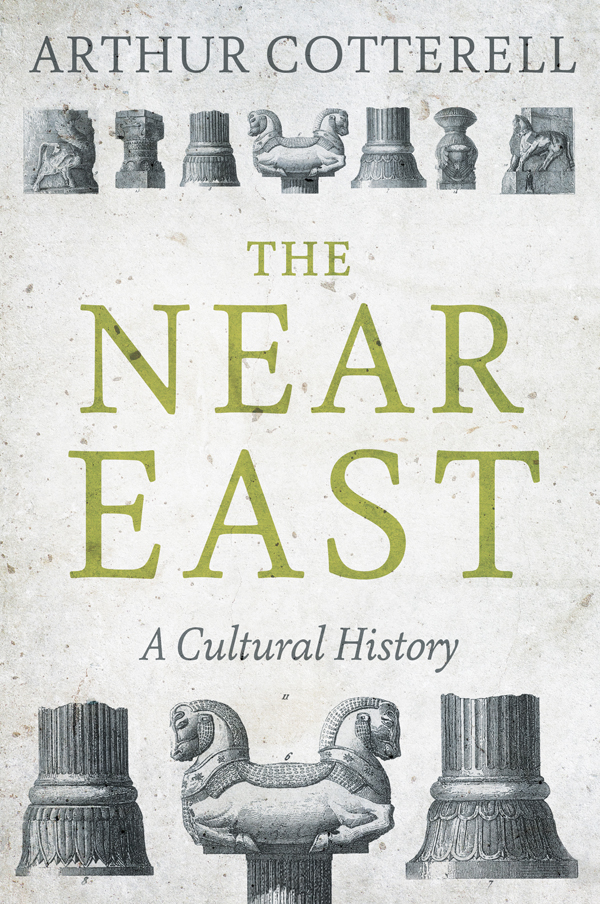 A sweeping cultural history of the Near East, from the birth of civilization to the present day.

A sweeping cultural history of the Near East, from the birth of civilization to the present day.

The Near East was the cradle of civilization: the Sumerians invented urban living and writing here, and monotheism was born and spread across the globe. Arthur Cotterell vividly sketches the extraordinary cultures that have left their mark on the region, from their early myths, deities and rituals of worship to their pioneering political systems and military conquests. Charting the rise and fall of Assyria and Babylon, the world’s first great powers, then exploring the long eras of Persian, Byzantine, Arab and Ottoman rule, The Near East traces the legacy of this rich past through the destabilization of Western imperialism, and beyond.

This enthralling narrative shows how history has shaped the beliefs, traditions and politics of the Near East, one of the world’s most creative, diverse and yet troubled regions.

PART 2: THE ANCIENT NEAR EAST

Chapter 2: Sumer: The Cradle of Civilization

The third dynasty of Ur

The rise of Marduk

The loss of the Promised Land

PART 3: THE MEDIEVAL NEAR EAST

Chapter 7: A World Crisis: The Rise of Islam

Holding off the Arabs

The coming of the Seljuks

The advent of Saladin

The Fourth and Fifth Crusades

The Turkish rescue of Islam

The fall of Constantinople

PART 4: THE MODERN NEAR EAST

Chapter 11: The First World War and the Arab Revolt

The conquest of Palestine and Syria

After the Ottoman defeat

Chapter 12: The Rise of Modern Turkey

The secularization of Turkey

Turkey and the West

The kingdom of Iraq

Saddam Hussein and the Gulf Wars

Chapter 14: A Time of Turbulence

Conflict in Iraq and Syria

‘What distinguishes Arthur Cotterell’s The Near East: A Cultural History is its sweep. […] Cotterell has given us, in this beautifully illustrated and handsomely produced book, an impressive introduction to the history of the near east.’ — The National

‘As the Near East edges ever nearer, we in the Middle West need to know it better. Arthur Cotterell’s cultural history is the ideal primer. Full of surprises and enriched by the author’s insights into its mythology and ritual, The Near East offers a comprehensive history in which conquests and conversions are more than matched by continuities and commonalities.’ — John Keay, author of Sowing the Wind: the Seeds of Conflict in the Middle East as well as standard histories of India and China

‘A lively history of the Near East that presents a very accessible, readable, and accurate narrative, thanks to Cotterell’s beautiful and engaging prose.’ — Ilan Pappé, author of The Modern Middle East and The Ethnic Cleansing of Palestine