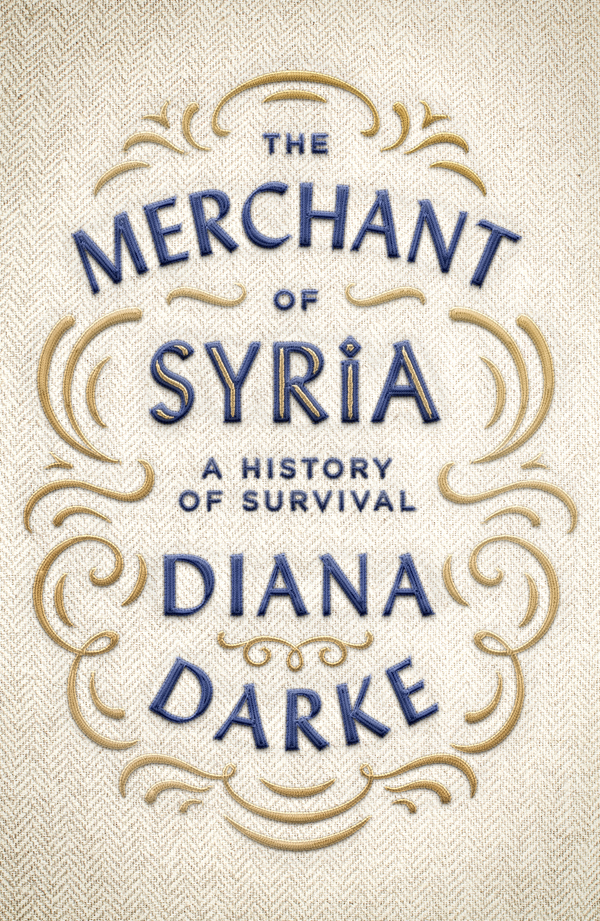 The Merchant of Syria

A History of Survival

What hope is there for Syria? Clues can be found in the story of the Syrian cloth merchant Abu Chaker and his success against the odds.

Barely literate, and supporting his mother and sisters from the age of ten, Abu Chaker built up a business empire—despite twice losing everything he had. Diana Darke follows his tumultuous journey, from instability in Syria and civil war in Lebanon, to his arrival in England in the 1970s, where he rescued a failing Yorkshire textile mill, Hield Bros, and transformed it into a global brand.

The Merchant of Syria tells two parallel stories: the life of a cloth merchant and his resilience, and the rich history of a nation built on trade. Over millennia Syria has seen great conflict and turmoil, but, like the remarkable story of Abu Chaker, it continues to survive.

‘A sure and pithy explanation of the country’s descent into chaos . . .  the real strength of this book is the fascinating insight that it provides of domestic life . . . a powerful meditation on how trust glues societies together.’ — The Times Literary Supplement

‘A richly detailed work that contextualizes Syria’s long history as a “melting pot of civilizations” while giving an intimate view of one Syrian’s extraordinary life. . . . [Darke] does a magnificent job of taking what could otherwise be a dispiriting tale of national crisis, and reframing it as an inspirational story of personal survival and triumph.’ — Publishers Weekly

‘If I had to recommend a single book for someone wanting to understand Syria, it would be this. The Merchant of Syria is a fascinating read.’  — Arab News

‘A captivating telling of 20th century Syrian history told through the prism of a larger than life character . . . Darke’s passion for Syria is infectious . . . a delightful read.’ — The New Arab

‘Darke writes with authority . . . [the book] includes some of the best available accounts of what has actually been going on in Syria in the last decade.’ — Asian Affairs

‘Lively, readable . . . interesting and inspiring, Darke provides, not only a useful introduction to Syrian history and the ongoing civil war, but also a challenging story of human tragedy and success. Highly recommended.’ — Methodist Recorder

‘A wonderful evocation of the Syria we have lost, alternating between public events and the career, family life and moral outlook of a remarkable but, in a way, typical Syrian man. A unique insight into the country Darke obviously loves.’ — Hugh Kennedy, Professor of Arabic, SOAS, University of London

‘Enormously rich and powerful, beautifully written and from the heart.’ — David Nott, humanitarian and volunteer surgeon in Syrian conflict zones

‘The story of a single man can shine a powerful light on the tragedies of history. Darke sensitively deciphers these tragedies in a book that illuminates Abu Chaker’s zeitgeist and enhances our understanding of Syria’s past, present and future.’ — Ece Temelkuran, Turkish writer, author of Turkey: The Insane and the Melancholy

‘Diana Darke quarries future hope for us from the ruins of Syria, by chronicling this inspiring story of how a young merchant from Homs became a modern Dick Whittington to Bradford, without once turning his back on his own rich culture or his new nationality.’ — Barnaby Rogerson, author of The Heirs of the Prophet Muhammad

‘Darke’s empathy, deep knowledge of Arabic, and capacity to weave effortlessly along a complex path make her uniquely qualified to take us through Syria’s history, leaving us with many insights into a society constantly able to find inner strength after disasters.’ — Ross Burns, former Australian Ambassador to Syria and Lebanon

‘Admirable and empathetic. Darke’s elegance of style and understanding of the broad strokes of Syria’s history over the past two millennia draw the reader deeply into the life and times of the merchant, Abu Chaker.’ — Dawn Chatty, author of Syria: The Making and Unmaking of a Refuge State

‘By stitching together the fabric of Syria’s history through the life and experiences of a merchant from Homs, Diana Darke paints a textured narrative of a richly complex country, society and people. A book filled with passionate understanding.’ — Chris Doyle, Director of the Council for Arab-British Understanding

‘The extraordinary story of a country summed up in the life of a man. Darke reveals the details of Syria’s cultural and religious history in a style that captures the mind and the heart.’ — Muhammad al-Yaqoubi, Syrian scholar and imam, author of Refuting ISIS: A Rebuttal of Its Religious and Ideological Foundations