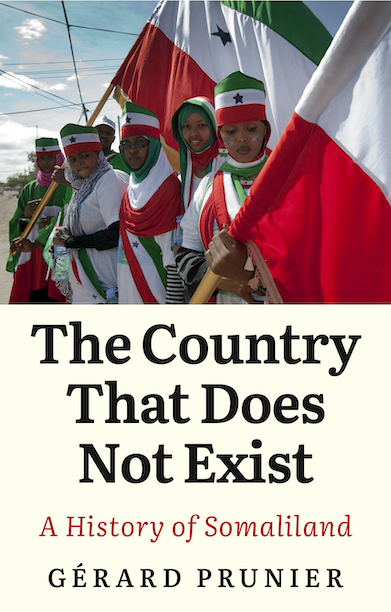 The Country That Does Not Exist

A History of Somaliland

In his inimitable prose, Prunier conveys how one of the world’s newest nations came into being and survived, against all odds.

In 1960 a partial reunification took place between British Somaliland and Somalia Italiana. Africa Confidential wrote at the time that the new Somali state would never be beset by tribal division but this discounted the existence of powerful clans within Somali society and the persistence of colonial administrative cultures. The collapse of parliamentary democracy in 1969 and the resulting army—and clanic— dictatorship that followed led to a civil war in the ‘perfect’ national state. It lasted fourteen years in the ‘British’ North and is still raging today in the ‘Italian’ South.

Somaliland ‘re-birthed’ itself through an enormous solo effort but the viable nation so recreated within its former colonial borders was never internationally recognised and still struggles to exist economically and diplomatically.

This book recounts an African success story where the peace so widely acclaimed by the international community has had no reward but its own lonely achievement.

‘The Country That Does Not Exist is the book on how a post-nation-state world order may unfold. A breath of fresh air, it is a must-read for academics and policy experts alike, showing the elusiveness (and futility) of conventional approaches to rebuilding states.’ — Will Reno, Professor of Political Science, the Program of African Studies, Northwestern University

‘Prunier provides an insightful and comprehensive analysis of the formation of the Republic of Somaliland. He manages to connect local details to regional and global developments, and delivers a timely and highly accessible interpretation of the turbulent history of the region.’ — Jutta Bakonyi,  Associate Professor of Development and Conflict, University of Durham, and author of Country without a State: Economy and Society in Wars, the Example of Somalia

‘This compulsively readable book, filled with eyewitness testimonies, tells the story of the birth of still-unrecognised Somaliland from the wreckage of the collapsed Somali state. It provides an unrivalled guide to how governance among Somalis can, and cannot, be created.’ — Christopher Clapham, Centre of African Studies, University of Cambridge

‘A very readable history of the enigma that is Somaliland—a country that does not exist in the eyes of other nations, but whose people crafted a political settlement that has endured for decades. Prunier describes Somaliland’s remarkable story, but also the risks of young Somalilanders living in their parents’ “frozen dreams”.’ — Mark Bradbury, Executive Director of the Rift Valley Institute and author of Becoming Somaliland