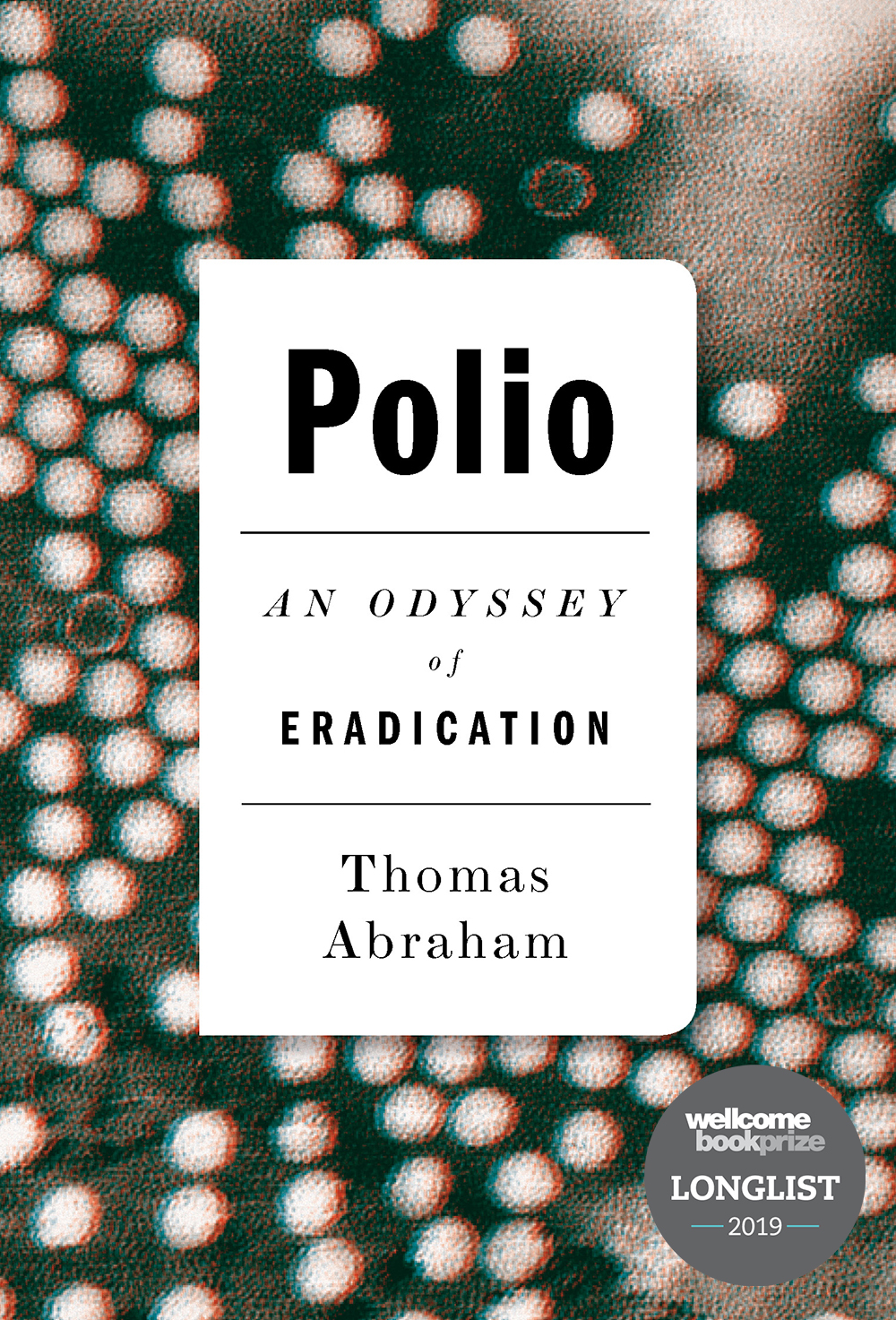 An Odyssey of Eradication

How have global and local forces thwarted eradication of polio, one of the world’s most important and ambitious health campaigns?

Longlisted for the Wellcome Book Prize 2019

In 1988, the World Health Organization launched a twelve-year campaign to wipe out polio. Thirty years and several billion dollars over budget later, the campaign grinds on, vaccinating millions of children and hoping that each new year might see an end to the disease. But success remains elusive, against a surprisingly resilient virus, an unexpectedly weak vaccine and the vagaries of global politics, meeting with indifference from governments and populations alike.

How did an innocuous campaign to rid the world of a crippling disease become a hostage of geopolitics? Why do parents refuse to vaccinate their children against polio? And why have poorly paid door-to-door healthworkers been assassinated? Thomas Abraham reports on the ground in search of answers.

‘Abraham’s work is a useful additional primer, describing campaigns in different countries and bringing the story up to date.’ — Financial Times

‘Science journalist Thomas Abraham travelled from slum to boardroom to research the GPEI’s premise and practice, as well as the broader trajectory of the disease and the efforts to tackle it. The result is a trenchant, well-argued analysis.’ — Nature

‘[A] powerful indictment of a single-disease eradication campaign that diverted many billions of dollars from potentially far more effective public health measures in poor countries.’ — Choice

‘This book provides a clear argument for the importance of vaccination campaigns, as well as a success story. It will appeal to anyone interested in eradication debates, the politics of scientific research and global health security’. — International Affairs

‘The book contains good technical, but generally accessible, background on how the poliovirus works for its own interests at human expense . . . Abraham challenges us to apply lessons learned from the polio eradication campaign to inform future global public health endeavours. His book gives plenty for scholars to debate.’ — Science

‘Abraham’s book makes for delightful reading even for persons with a cursory interest in global health policies.’ — Seminar

‘In Thomas Abraham’s masterful telling of the now thirty-year effort to eradicate polio, this health campaign becomes a story of grand ambition, local politics, global health governance, health literacy, the universal instinct of parents to protect our children and much more besides. Polio: The Odyssey of Eradication lives up to its title, even if this particular odyssey continues, for now. A must-read for anyone interested in global health, mysteries or how the unimaginable might become possible.’ — Chelsea Clinton, Vice Chair, Clinton Foundation

‘Thomas Abraham’s authoritative, insightful and occasionally jaw-dropping investigation of the campaign to free the planet from polio has lessons for all public health campaigns, and all aid. What is presented from afar as a clear-cut imperative of health and good conscience can all too often run aground on the most natural of human conditions: complexity, and hubris.’ — Alex Perry, author of The Rift: A New Africa Breaks Free

‘Polio, The Odyssey of Eradication, addresses the huge question of why polio eradication has become such a singular focus of the global health community and received so much attention and funding in the past three decades. It is a brilliant book written in a compelling and accessible style and will be of interest to anyone keen to learn more about disease, public health and development.’ — Devi Sridhar, Professor in Global Public Health, University of Edinburgh and co-author of Governing Global Health: Who Runs the World and Why?

‘Is Polio eradication justified at any cost and what becomes of other health goals when dreams of eradication dominate? In this clear-eyed and balanced analysis, journalist Thomas Abraham travels from the boardrooms of Geneva to the frontline of polio eradication in Pakistan and northern Nigeria. Along the way he meets enthusiastic volunteers, harried government officials and put-upon local populations. The result deserves to be read by anyone with an interest in global health and humanitarian interventions.’ – Mark Honigsbaum, medical historian and Lecturer, City, University of London, and author of A History of the Great Influenza Pandemics

‘Thomas Abraham vividly describes polio eradication from its inception — when Rotary International had the vision of a more equitable world free of polio — to the formation of the polio partnership. A timely investigation into the frustrations and fidelity of the polio partners and countries at a time when the end is in sight but not quite attained, and the complex endgame in which the vaccine used to eradicate polio has become an unanticipated risk.’ — David L. Heymann, M.D., Professor, Infectious Disease Epidemiology, London School of Hygiene and Tropical Medicine

Thomas Abraham is Associate Professor at the Journalism and Media Studies Centre, University of Hong Kong, where he teaches health and science journalism. He has worked at the World Health Organization in Geneva and is the author of Twenty-First-Century Plague: The Story of SARS.