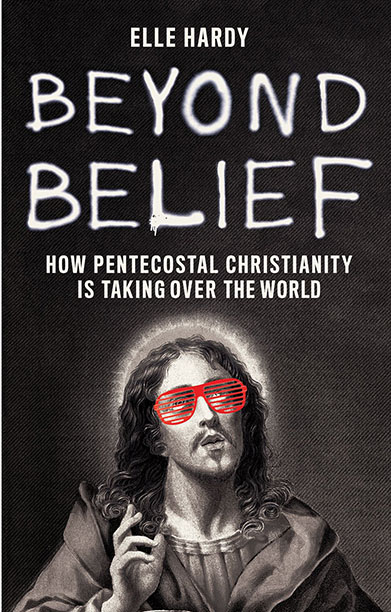 How Pentecostal Christianity Is Taking Over the World

A fascinating exposé of the global revolution you’ve never heard of: a deep-pocketed, tech-savvy Christian movement reshaping our societies from within.

How has a Christian movement, founded at the turn of the twentieth century by the son of freed slaves, become the fastest-growing religion on Earth? Pentecostalism has 600 million followers; by 2050, they’ll be one in ten people worldwide. This is the religion of the Holy Spirit, with believers directly experiencing God and His blessings: success for the mind, body, spirit and wallet.

Pentecostalism is a social movement. It serves impoverished people in Africa and Latin America, and inspires anti-establishment leaders from Trump to Bolsonaro. In Australia, Europe and Korea, it throws itself into culture wars and social media, offering meaning and community to the rootless and marginalised in a fragmenting world.

Reporting this revolution from twelve countries and six US states, Elle Hardy weaves a timeless tale of miracles, money and power, set in our volatile age of extremes. By turns troubling and entertaining, Beyond Belief exposes the Pentecostal agenda: not just saving souls, but transforming societies and controlling politics. These modern prophets, embedded in our institutions, have the cash and the influence to wage their holy war.

Listen to Elle Hardy’s interview on The Times‘ Stories of Our Times podcast:

Listen to Elle Hardy’s interview on The Bunker podcast:

‘Hardy is a first-class reporter. […] Beyond Belief makes for an often gripping story, full of twists and turns.’ — The Sunday Times

‘[An] elegant account […] Hardy is an engaging usher round the Pentecostal world.’ — The Telegraph

‘[A] lively book [and] a useful introduction to the world’s fastest growing faith. […] An empathetic observer Hardy may be, but she is clear-eyed about the challenge posed to secular societies by these strikingly modern holy warriors.’ —  The Irish Times

‘A fantastic read. Hardy gets right into the nucleus of the Pentecostal movement with empathy and a sharp journalistic eye. An incredibly important book.’ — Erica Buist, author of This Party’s Dead: Grief, Joy and Spilled Rum at the World’s Death Festivals

‘An arresting, page-turning narrative, worthy of the pageantry, vivacity and charm of Pentecostalism. Ambitious in its coverage and earnest in its exploration, Beyond Belief is a truly compelling account of the world’s foremost Christian renewal movement.’ — Ebenezer Obadare, author of Pentecostal Republic

‘Informative, engaging, and unsettling, Beyond Belief is an in-depth exploration of global Pentecostalism in lively, accessible prose.’ — Chrissy Stroop, journalist, commentator and senior researcher on the Postsecular Conflicts Project

‘An excellent panorama of the world’s powerful and enigmatic Pentecostal movements. Path-breaking and thought-provoking, elegantly and lucidly written, this is an exceptional book.’ — Olufemi Vaughan, Chair of Black Studies, Amherst College, and author of Religion and the Making of Nigeria

‘With a deft combination of reportage and analysis, Hardy’s engaging book fills critical gaps in the popular understanding of Pentecostalism and its substantial sway over politics and society around the world.’ — Katherine Stewart, author of The Power Worshippers: Inside the Dangerous Rise of Religious Nationalism

Elle Hardy is a journalist and foreign correspondent who has reported from the United States, the former USSR and North Korea, among a long list of places. Her work has appeared in GQ, Lonely Planet, Foreign Policy and Business Insider, and on ABC Australia.