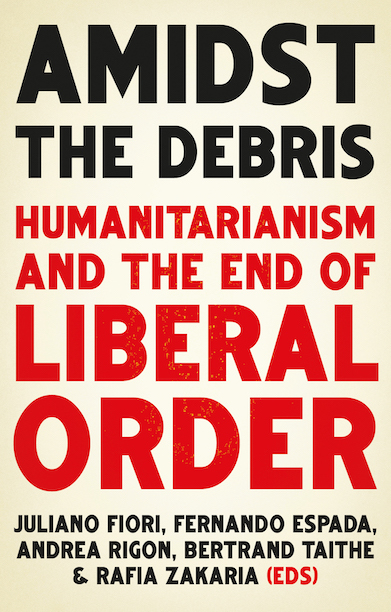 Humanitarianism and the End of Liberal Order

Experts from across academia and the front line reflect on the role and future of Western humanitarianism in an age of political crisis.

For many liberal commentators at the turn of the 1990s, the collapse of the Soviet Union represented a final victory for Western reason and capitalist democracy. But, in recent years, liberal norms and institutions associated with the post-Cold War moment have been challenged by a visceral and affective politics. Electorates have increasingly opted for a closing inwards of the nation-state, not just in the democratic heartlands of Europe and North America, but also on the periphery of the world economy. As the popular appeal of the ‘open society’ is thrown into question, it is necessary to revisit assumptions about the permanence of its enabling political and ethical projects.

‘With probing and informed contributions from humanitarians and commentators across the globe, this important work raises many pertinent questions about humanitarianism in the current era. Amongst its many virtues, the book will stimulate debate about the international liberal order.’ — Michael Newman, Emeritus Professor, London Metropolitan University, and author of Humanitarian Intervention: Confronting the Contradictions

Juliano Fiori is Save the Children's Head of Studies (Humanitarian Affairs).

Fernando Espada is Save the Children's Head of Humanitarian Affairs.

Bertrand Taithe is Professor of Cultural History and Director at the Humanitarian and Conflict Response Institute, University of Manchester.

Rafia Zakaria is a writer, political philosopher and attorney.